Update: The latest project by Al-Ghurair Giga is Goldcrest Views

Giga Mall Extension is a new commercial project by the prestigious Al-Ghurair Giga Group of Pakistan. It is located on the main GT Road, DHA-II Islamabad. It’s an extension of the popular Giga Mall.

After the successful launch of Giga mall; marketed as the biggest mall in Islamabad, the Giga group has announced the launch of an extension of Giga Mall. Giga mall was launched on the 22nd of March 2016 by the Giga group, they have already been acquainted with a huge success in this project. The plans are based on a five-story shopping mall, including a 150,000 ft2, six stories of the office tower, and a 267-room four-star hotel.

The news about the launch of the extension of Giga mall was released in July 2020. A teaser trailer was launched which showed that the extension will have a tall skyscraper building. According to the initial reports, there may be as many as 30 floors (like The Centaurus Mall in blue area Islamabad) on this new extension building with lower floors allocated for mall area and shops while upper areas allocation is yet to be released.

Giga group have highlighted these 4 points regarding the new extension

It is being deemed as a golden investment opportunity by property experts.

Giga mall is constructed on a total area of 4 acres (32 kanal) and the Extension of Giga mall has been allocated approximately 2 Acres (14.5 kanal). So, we can say that the total area for the extension is almost 55% less than the original area allocated for the previous mall.

Giga mall is in Sector F DHA phase II Islamabad. The plan for the extension of the mall is planned directly adjacent to the Giga mall and the constructors of the extension plan to connect both malls so that the visitors can fluently go from one area to another.

There are more than 200+ shops of different national + international brands in Giga Mall. The extension will also provide 7 floors of shopping areas with one floor as the food court, cinema, and fun city the same as Giga mall.

Giga mall provides underground parking with no external parking space on the premises. The extension may also include the same package.

Giga mall includes free Wi-Fi for the visitors on the premises of the mall but in the extension, no such promises have been made yet.

In the Giga mall, the food court is on the 1st floor with a cineplex cinema and fun city. There will be a food court on the 5th floor of the extension and the cinema + fun city may also be there.

The hotel at Giga mall is a 4-Star 267 rooms while there will be a 5-star hotel in the extension , but the number of rooms has not been confirmed yet.

Giga mall has a state-of-the-art security and surveillance system with all the critical spots of the building and parking’s covered, the same form of services will also be offered at the extension Giga mall.

Note that the Al Ghurair Giga Pakistan may announce more promises, details, and plans and all that information will be updated here as soon as possible. The construction of office floors on Giga mall has still not finished and furnished completely so the construction of the extension Giga Mall may take some time.

According to the details provided by a representative of Al Ghurair Giga, the first 3 floors will directly be connected to the Giga mall to allow visitors to easily transit between Malls.

According to the initial data release, the first 6 floors (lower ground, ground, 1st, 2nd, 3rd, and 4th) will host normal shops, 5th floor will be a complete food court, fun city with cinema. The initial bookings are open for up till the 5th floor (7 stories in total) while the 10th and 11th floor will be allocated to fitness and health club then no info has been provided from the 12th to 20th floor yet. Upwards of the 21st floor, there will be a 5-Star hotel and on top of the building, there will be the Mosque. On the 23rd floor, there will be a grand atrium with mesmerizing views connected via escalators for easy access.

The plans of the first few floors are shared below 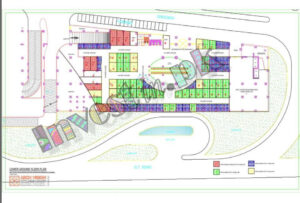 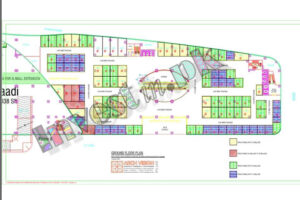 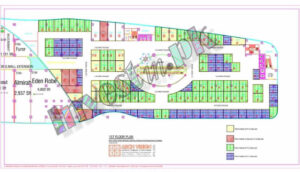 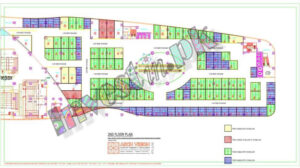 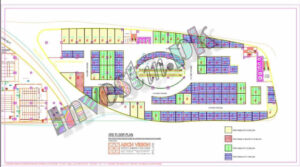 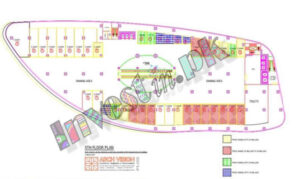 In the project’s pre-launch phase, only shops located up to the 5th floor (7 stories) will be offered for booking. After a 25% down payment, the remaining amount can be paid in 16 quarterly installments. The company can also offer the option of monthly installments based on the buyers’ needs.

The project is expected to be completed in four years and no launch date has been announced yet. this project may end up in the 3rd or 4th quater of the year 2024.

If you are interested in investing in the Best Luxury Project of Islamabad, Goldcrest Views is the newest international standard residential project in which you should invest. 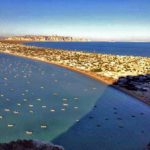 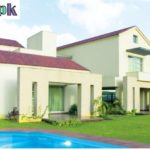 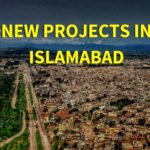 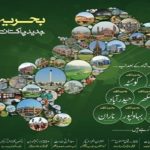