Under the China Pakistan Economic Corridor (CPEC), there are different development programs out of which one of the most significant is the development of the Gwadar Smart Port City (GSPC). In this development program, the city will be transformed into a Smart City of the world with business, industrial, trade, cultural and development hub with effective urban strategies. This city will be developed in cooperation with Pakistani and Chinese Experts.

This article will cover overall

GSPC is not just a city development project rather this project will change the destiny of the whole region. This project also has the direct potential to improve

A master plan is being developed in cooperation with Chinese experts to make a city development policy and Master Plan. The GSPC final master plan and policy is expected to be finalized before the 9th Joint Cooperation Committee (JCC) of CPEC, scheduled to be held on October 2019. A policy of developing GSPC Master plan will provide a roadmap for the development of the city and therefore the Fourth Harbor Design Institute (FHDI) will present the policy prior to the approval of the plan. After its approval from the Steering Committee, the plan and policy will be presented to the technical committee for the final recommendation to the federal.

There are multiple phases of the Proposed Development of the GSPC.

The total area of the Gwadar is around 1201. km2 and out of which the urban development area to be developed will be around 353 km2  (29.38%of total area) approximately (currently proposed).

1.Urban planning and urban design according to master plan launched on 24th of July, 2019.

A new area has recently been added in the new proposed plan named as “Downtown Area”.  The downtown area will be fully developed business and residential area. Downtown is oriented to provide an international market, takes lead to create a new and smarter city of harbor and culture with a proposed island-based star city.

Two Railway stations are proposed one in the south of East bay expressway while the second one on the east side of East Bay. The railway station in the east is of significant importance as it is combined with GSPC Airport, major freight channel and the City Center. Main passenger highways are also proposed to give the excess to East Bay Expressway and city functional zone.

2. Renovation of the old town

Old housing areas and societies are also proposed and expected to inject brand new styles to characterize zones and to turn them into highlights of the block. The Different characterizes zones proposed as food street and high street, colorful appearance and illusions, and colored ground tiles to form its signature look.

A new proposed long-term industrial allocation orientation is also proposed in the recent Master Plan and a clearer layout has been put to entertain tourism and service facilities. These services will be distributed in an orderly manner in both the east and west sides of the proposed plans.

In the proposed GSPC proposed Master plan, there are 7 ecological barriers proposed which will increase the quality of life and also improve wildlife. There are also 11 areas provided known as functional areas, these areas prove different purpose all over the planned city. Public service core and a development axis are also there to provide services and an appropriate development axis.

Gwadar is going to an important contributor in the future business and regional development and security. It is an international investment platform with high potential. The true potential of this project is yet to be explored with INVESTin.PK stay tuned for updates and new releases. 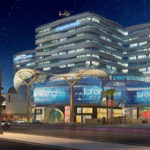 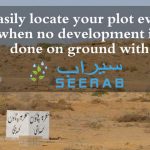 The Most Innovative Property Maps in Pakistan – Seerab Maps 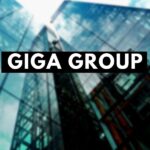 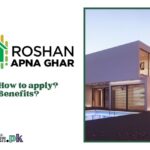